Ugly Duckling Press is quite capable of making extremely handsome and desirable chapbooks. This one is no exception. Letter-pressed and hand sown stitchery. A single poem, a beautiful thing. For collectors, this is one to get!
Posted by stevenallenmay at 6:36 AM No comments:

received this from Peter Bushyeager, who co-founded Hot Water Review : "Annson and I went to Temple U. together. He was a year ahead of me. He majored in music and I majored in communications. We sang together in the Mens Glee Club (!!) and several years after school reconnected through the Philly poetry/art/music scene. I think he participated in one of the Poetry and Art Fairs that were done in the 70s at the now-defunct YMHA Poetry Center on Broad St. He was a funny, courtly, sometimes outrageous guy who was also cerebral and welcoming to other artists. He had a relationship with Maralyn Polak, the poet and Inquirer columnist.

HIs works in Hot Water are actually performance pieces and he performed some of them. He was involved with Relache, a new-music group that was active in Philly in the 70s and 80s (maybe still active, I don't know)"
Posted by stevenallenmay at 2:31 PM 1 comment:

Just a Little Piece of Heartburn by Tom Cheshire

The nicest thing about this chapbook is the cover. The rest of the book, the "guts" if you will, is intentionally primitive and hand-written. No part of the guts were typed. It's a schtick. It's a waste of a tree. SAVE A TREE!
Posted by stevenallenmay at 7:25 AM No comments:

The Faith of John Greenleaf Whittier (1957)

Nice supplemental booklet. 32 pages. A few B&W photos in book.
Posted by stevenallenmay at 5:51 AM No comments: 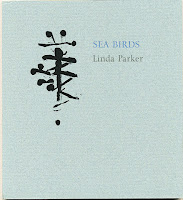 Published by Robie Liscomb's Fathom Press using Michael Tarachow's Pentagram Press's equipment - as stated in back of book. Liscomb and Tarachow were friends and worked together on a number of projects in the early 1980s. I have exchanged a few emails with Michael Tarachow and learned additional details of the history of Pentagram Press and the intersections between their Presses. It's a wonderful example of a coordinated effort.

Cover art by Thorpe Feidt. Unpaginated. One of 250 copies. Nice book. Well worth the search.

Posted by stevenallenmay at 6:30 AM No comments:

The poetry is okay. It rounds out a multidisciplinary career for Judith Berke. I was not moved nor impressed with the work. Sorry, SAVE A TREE!
Posted by stevenallenmay at 9:57 AM No comments: