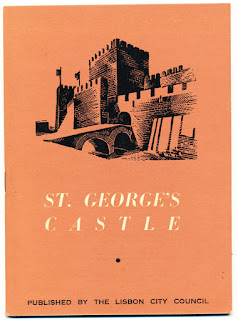 Handy little history book of the castle complete with enclosed map. Originally printed in 1959. Printed in English for us tourist types. Staple-bound. 26 pages.
Posted by stevenallenmay at 11:09 AM No comments: 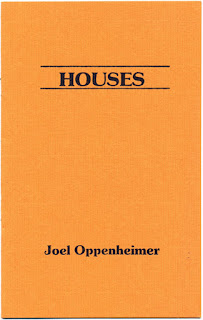 Joel Oppenheimer was, among other things, the first director of the St. Marks Poetry Project. He was associated with both the Black Mountain and New York School poets. This single poem chapbook was published in 1981 by White Pine Press. It had appeared in a different form in the Chicago Review. The existence of this chapbook does not appear on his wikipedia page. I suppose that makes this rare. It's worth having. Truly.
Posted by stevenallenmay at 6:20 AM No comments:

Cherokee Legends and the Trail of Tears T. Underwood with Amanda Crowe (1956) 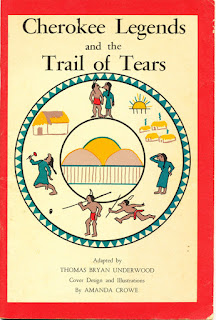 Next to the deplorable history that the United States has with it's slave population (a history still being rewritten and re-fought) is the even more deplorable history that the United States does not accurately teach and all too quickly dismisses: how the Europeans stole the very land that makes the United States from the Natives who were here for hundreds if not thousands of years before. One of the most painful episodes of that long and terrible conflict was the "Trail of Tears", the forced relocation of entire tribes of Natives to what would eventually become Oklahoma by order of Andrew (the Indian Killer) Jackson.

This 32 pages booklet adds to the tears. Adapted by T. B. Underwood from the Nineteenth Annual Report of the Bureau of American Ethnology, this telling account of the Trail is based on the first-hand witness Private John G. Burnett, Captain Abraham McClellan's Company, 2nd Regiment, 2nd Brigade, Mounted Infantry, Cherokee Indian Removal 1838-39. It is a damning accounting. I had to fight back tears reading of the senseless loss of lives. Manifest Destiny had many victims. Since Natives never really counted in the country from the very beginning (3/5 of a man in census taking)

It's an important document. It should be a MUST read for all students in the United States.
Posted by stevenallenmay at 7:05 AM No comments: